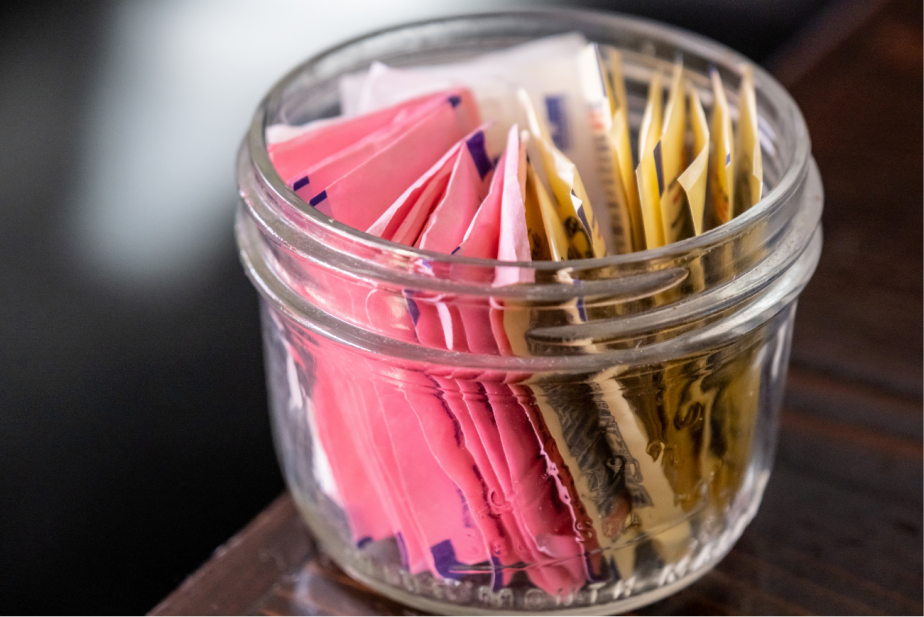 As far as weight loss remedies go, few have been met with such an extreme blend of excitement and fear as artificial sweeteners have. These sweeteners, such as saccharin, sucralose, and aspartame have created vibrant discussion filled with misinformation as to their potential health effects.  Do they represent a safe, low-calorie alternative to sugar? Can they cause cancer? Do they actually contribute to obesity despite their low-calorie status? All of these questions are pertinent and hard to answer.

One of the central challenges of evaluating claims regarding artificial sweeteners is establishing sound science. Much of the early and current science relies upon animal models (specifically mice and rats) in order to evaluate the safety of these food additives. For example, the claim that artificial sweeteners, such as saccharin, causes cancer is rooted to animal research done in the 1970s. However, subsequent human research has not supported this link despite these well-established connections in animals. How could this be the case?

There are two main reasons which drive the common misunderstanding that artificial sweeteners cause cancer and are bad for us: 1. Mice are not human 2. The quantity of saccharin given to mice was supraphysiological (i.e., above a level that someone would normally consume). Let’s examine these misunderstandings in detail.

There are two plausible mechanisms that may explain the link between artificial sweeteners and obesity. The first mechanism is a disconnect between the sensation of sweetness and caloric consumption. Our bodies have known physiological responses to food that let us know that we are full. Many foods that are not as filling as they are calorically dense skew the nature of these responses and cause us to overeat. This is a known issue with products that are sweetened using sugar, but it appears to be amplified with artificial sweeteners. A study found that rats who are given artificially sweetened water snacked more than rats that are given water sweetened with sugar (Davidson et al. 2011). The exact reason for this behavior is unknown, but it is consistent with a large body of findings which show that overconsumption is common when there is a disconnect between the sensation of taste and caloric content. In essence, the sensation of sweetness that results from artificial sweeteners confuses our body to appropriately calibrate hunger to the amount of food consumed. While this finding needs to be replicated in humans, it provides a plausible behavioral explanation for why artificial sweetener consumption is linked to obesity.

The other potential mechanism is an alteration of the gut microbiome (i.e., the bacteria that colonize your intestines) by artificial sweeteners. The science on this is very unsettled (as most science on the gut microbiome is) and the initial causal link was established in mice and a few human subjects (Suez et al. 2014). The researchers in Suez et al. (2014) found that consumption of artificial sweeteners led to changes in the gut microbiome in both mice and humans alike. In particular, the use of artificial sweeteners caused changes in how those subjects absorbed glucose in their bloodstream. In the mouse subjects, they were able to establish a firm causal link by directly manipulating the mice gut microbiome. Additionally, this study replicated the finding in humans, determining that 5 out of 7 human subjects had a similar response in their glucose tolerance. However, two subsequent studies have failed to replicate these findings in human subjects over a longer period of time (Grotz et al. 2017; Thomson et al. 2019). One of these studies noted that the interaction of genetics and the microbiome may be more complex and harder to disentangle than prior expectations (Thomson et al. 2019). This highlights the need for further investigation in order to truly understand whether this is a relevant mechanism.

Therefore, at the present moment, there is no conclusive data supporting a direct causal link between artificial sweeteners and obesity. While population scale studies establish a correlation, it’s still not known what is responsible for that correlation. It seems most likely that for some people in some circumstances consumption of artificial sweeteners is a bad choice. That may depend on your genetics, upbringing, environment, health, relationship with food, etc. Like anything in your diet, as long as it allows you maintain healthy energy balance, artificial sweeteners are not likely to be harmful. If you are not able to do that, then they are not a good choice. Overall, until firm evidence is present no one can make definitive recommendations regarding artificial sweeteners and health.